MAKE IN INDIA and Mechanical Engineers

‘Make in INDIA ‘, from the name itself the concept behind the project is very clear. It was a project launched by the prime minister of our country on September 25, 2014 inviting huge investments to our country in the manufacturing sector.

According to research results, the current contribution of the manufacturing sector to the GDP is just 15%. The programme is aimed to raise this contribution to 25% by 2025.

Manufacturing is one of the highest employment generating sector but according to the present scenario, there are lot of people in our country who are unemployed. Another known fact is that a major portion of this unemployed community are engineering graduates.

There are different opinions regarding this question.

1. Some say that the unemployed graduates are not employable as they lack required quality.

2. Others say that there are insufficient opportunities.

In our country, there are about 6000 engineering and other related technical institutions where about 2.9 million students are enrolled. No country in the world has such a huge number of developing young technical force. Also comparing with other developed and developing countries, technical education in India is accessible to almost all sections in the society as the government provides financial as well as other related supports. Even though, this strength is not used up efficiently.

In this project, government invites foreign and domestic investments to the manufacturing sector by adopting a mix of policies for ease of doing business in India through good governance, decreasing red-tapism and scaling up infrastructural development. Mechanical engineers being the controllers of the manufacturing and design sectors, are hence going to get immense opportunities in the coming years. The economic development that can be brought to our country by this project is very valuable and hence the contribution of Mechanical Engineers in raising INDIA as a SUPER POWER is very vital.

Thus the government has done their part and it’s the duty of the emerging engineering students to mitigate opinion 1 of employability.

So let us make our move by knowing the opportunities, learning for the future.
Akhil Binu
Second Year student.
By MeGITS Press Blog Team - March 25, 2018 No comments: 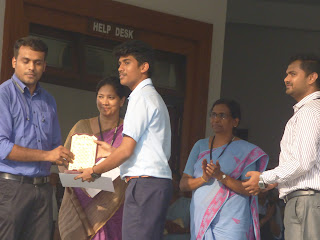